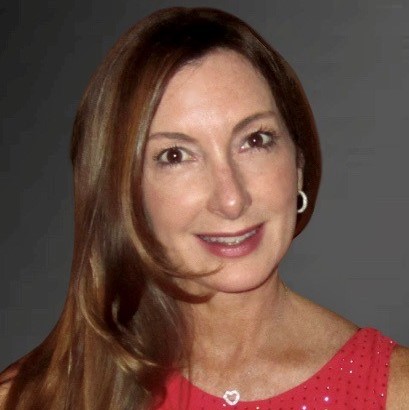 Sharon Amezcua is the Chief Growth Officer for LuxMods and is responsible for developing and implementing growth strategies across all areas of the company. With more than 35 year of experience as a serial entrepreneur and serial investor, Sharon has created, built, incubated, accelerated, invested in, syndicated and exited hundreds of companies across the globe while working closely with a team of sector specialists. Sharon’s focus has been at the intersection of technology and finance with a concentration in Alternative Energy, Fintech, Alternative Healthcare, Software, AI, Blockchain and Cryptocurrency.

The beginning of Sharon’s career was focused on commercial banking as well as building and growing energy-related companies in lighting, HVAC control systems and several alternative energy solutions including solar, wind, hydro and more. After the successful launch and exit of New Energy Ventures in Los Angeles, a company that went from no revenue to $1B in 18 months, Sharon co-founded MCC Global NV, an old-style merchant bank that was listed on the Frankfurt stock exchange in 2006. MCC offered a proprietary creation, incubation and acceleration “de-risking” process that Sharon developed and implemented with hundreds of emerging and established companies exhibiting an unmatched track record of success. As vice chairman of Moore Clayton Capital Advisors, Inc. and vice president of Equus II, MCC Global’s fund management company and its NYSE-listed private equity fund, respectively, Sharon was instrumental in increasing the overall net asset value and ROI of this highly regulated BDC.

Sharon then Co-Founded ESE Partners, LLC and ESE Fund Ltd., a future financial services company and associated fund that built and invested in emerging and established companies in targeted sectors across the world. With the leadership of her London-based business partner, Edward Fitzpatrick, ESE created an unregulated stock exchange in Europe (European Stock Exchange), a regulated stock exchange, AlliedSX (A Start-Up Stock Exchange), that expanded globally in 50 countries and ILOEX (An Initial License Offering Exchange) that makes it easier for companies to raise the growth funding they need without diluting their equity. Sharon is also the co-founder of SSG, LLC, a technology transfer company managed by women at the top of their fields and SSG was initially created to build companies in the United States and the Middle East/North Africa region of the world. ESE and SSG both have a strong focus on traditional industries converging with new technologies particularly in new media, healthcare, wellness, alternative energy and fintech.

Sharon’s passion, besides dancing and architectural engineering, is working with young people through business and philanthropy to enhance their entrepreneurial skills and help them execute their dreams. She is also an active advisory board/board member of many emerging and established companies across the globe.